Last week Rage3D attended the AMD Cinema 2.0 launch event in San Francisco, CA. As envisioned by AMD, Cinema 2.0 joins the interactive nature of 3D gaming with the visual fidelity of Film through the power of 3D graphics technology. This vision is expressed through a framework of tools, software, support, and capabilities AMD is committed to support. Bringing today to films, studios, games, and audiences experiences that had been projected to be years away.

AMD’s vision for Cinema 2.0 binds three key areas into a framework which will deliver Cinema 2.0: Film, Games, and Hardware: 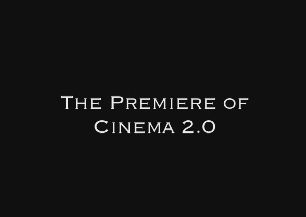 AMD is clearly excited about what living in a Cinema 2.0 world will be like for creators and audiences alike. Lets get the ball rolling with a look at how AMD and the Film Industry envisions taking advantage of Cinema 2.0.