NVIDIA’s SLI is clearly more stable and mature than ATI’s Crossfire, there is no debating that fact. I never experienced any game crashes or rendering errors with SLI, and the one game I was expecting to have some problems with (Pacific Fighters) was apparently recently fixed and now works and scales fine. With Crossfire not only did most games not scale, but I actually had to disable Crossfire just to get them to launch. Elegant degradation is not in ATI’s vocabulary, apparently.

Not only is stability on NVIDIA’s side, so is ease of use and practicality. There is no master/slave stuff and there is no giant pain in the ass dongle with thumb screws that break off and are way too small and cables that are way too stiff to bend nicely like the monstrosity you get with hardware Crossfire. NVIDIA’s SLI bridge-board is elegant, easy to use, and doesn’t get in your way. Granted you can’t defend yourself against hordes of evil undead zombies with it like you can ATI’s dongle, but really, who wants zombie goo all over their computer anyway. 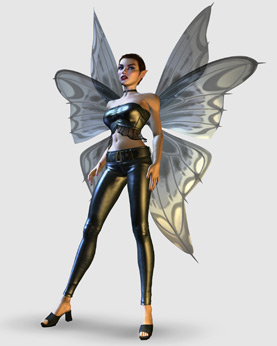 I remember last year as ATI was announcing Crossfire all the hype they were making about not needing to use game profiles and that every game “just worked”. A shot at NVIDIA and their SLI profile system, clearly. Turns out ATI uses profiles in much the same way as NVIDIA. The only difference is that ATI has far fewer of them (so far fewer games actually work with Crossfire compared to SLI), and they are closed up in an encrypted .DLL or some silliness so users can’t modify it and add their own profiles (NVIDIA’s are in a plain text .XML file, easily modifiable).  With ATI’s software designers all neatly tied up with Vista right now, I wouldn’t hold my breath waiting for user customizable profiles for Win XP.

Speaking of profiles I noticed that the new SimBin racer GTR2, even though it’s not slated for retail release until late September, is already in NVIDIA’s profiles. Meanwhile, even though ATI releases drivers once a month, it can sometimes take quite a while for them to get a profile in their drivers to get it working with Crossfire. And that’s for high-profile games too, I won’t be surprised if lower profile “niche” games like GTR2 never get added. 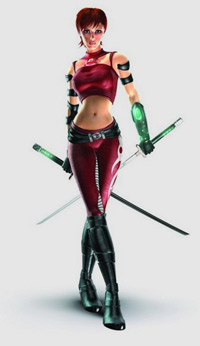 Now that I’ve ripped ATI a nice new one, I’d like to start in on NVIDIA. There’s nothing bad I can say about SLI, it works and works great, but NVIDIA really needs to do something about their image quality. Their Anti-Aliasing quality lags behind that of ATI’s in just about every case, but of particular inferiority is their texture filtering.

I can reason out the AA complexities, but why is it NVIDIA feels they need to resort to absurd filtering schemes like “brilinear” filtering to gain a few extra frames per second is beyond me. You get a shiny new Geforce and expect all the nice SM3.0 eye-candy, only to have it all ruined with this brilinear crap.

Not only does it make them look bad (literally and figuratively), it also makes them look like they are desperate for those extra frames when clearly they shouldn’t be; their cards are more than powerful enough to not only offer trilinear filtering, but also powerful enough to let them go back to true angle-independent filtering as well. They build themselves up a significant technological lead with SLI, and then they go and ruin it with intentionally inferior image quality. It’s a downright shame.

So, what was apparently so easily cut and dry a few pages ago now has a little caveat attached to it: speed or IQ. I suppose, though, that since you’re reading this you’re probably interested in a Multi-GPU system, and even with the image quality advantages ATI has, it is nothing near enough to make up for the vast stability and usability disadvantages Crossfire has compared to SLI.

Next in the Multi-GPU World Tour: Conclusion at Guru3D »