With the plethora of configurations were tested here, with multiple levels of SLI, we will conclude by discussing them at their various price and performance levels.

GTX280 vs. 9800GX2: No doubt about it, and for multiple reasons, the GTX280 is the better card card here. Not only does it provide 1GB of pure framebuffer memory for the card to access, it also consistently outperforms the 9800GX2 without the need for AFR rendering. This is important for those sensitive to AFR latency issues between inter-frame delays. When the geometry shader becomes more of an issue, the GTX280 will have a significant advantage as well. The GTX280 also does not suffer from artificial performance barriers such as 512MB of memory hamstringing it from achieving its full potential. Finally, the GTX280 consumes significantly less power while idling. The downside of the GTX280 vs the 9800GX2 includes higher temps and increased power consumption at load. In summary, this is the card for those wanting the single most powerful GPU Nvidia has to offer. With a price tag of $650US, it is not a cheap investment.

GTX280 SLI:  The GTX280 SLI verses Quad 9800GX2 follows the same storyline. Both solutions use AFR and profiles to provide performance boosts. However, with the power behind the GTX280 SLI, it never find its rendering performance hamstringed by the 512MB limit imposed upon the 9800GX2. This allows GTX280 SLI to pull far ahead of the 9800GX2 with 16xQ and higher levels of AA/resolutions enabled. The 9800GX2 also occasionally interferes with LED/PWR Connectors on the bottom slot, which the GTX280 cooler is designed to avoid. The $1300 dollar asking price, however, introduces a new competitor: GTX260 3 way SLI, Which we'll cover in a moment.

GTX260 vs. 9800GX2: The GTX260 finds itself in an interesting position. While it usually falls slightly behind the 9800GX2 in raw FPS, one must not forget that the 9800GX2 relies on profiles and AFR for its performance. When you take these things into account, it becomes difficult to recommended the 9800GX2 over a single GTX260. Other advantages offered by the GTX260 include  being equipped with the more reasonable 2ea 6 pin connector configuration as well as the reduced power requirements. While short of the GTX280's 1GB configuration, the GTX260's 896MB of memory is far above the 512MB limitation suffered by the 9800GX2, which will allow it to pull ahead in certain situations, such as Crysis, at High Settings. The GTX260 retails for $400US, which further puts the 9800GX2 in a difficult place. With all these factors in mind, we will not be at all surprised to see the 9800GX2 quickly phased out.

GTX260 vs. 9800GX2 Quad SLI: The recommendation in this case echoes the last. With only requiring 6 pin connectors, the GTX260 solution will be open to more power supplies. Like the 9800GX2 Quad solution, it does rely on AFR rendering and SLI profiles. While the GTX260 is a little slower in some situations, the additional power features and shader capabilities should make it a more future proof solution. As with the GTX280 cooler, you will never have to worry about the second bottom card hitting the LED/PWR connectors that the 9800GX2 would tend to squish up against.

GTX260 3 way SLI vs. GTX280 SLI: This choice is quite a bit more interesting. At $400US versus $650US for the GTX280, a GTX260 3way SLI configuration will cost you a net total of $1200US, providing you superior performance in most situations to a $1300US GTX280 SLI setup. The GTX260 2ea 6 pin configuration also comes in to play again here, competing against the 8 pin requirement of the GTX280.  The downsides, of course, include the GTX260 3 way SLI's higher power consumption at both idle and load, making chassis airflow a larger factor, as well as the requirement of a 3 way capable SLI motherboard. 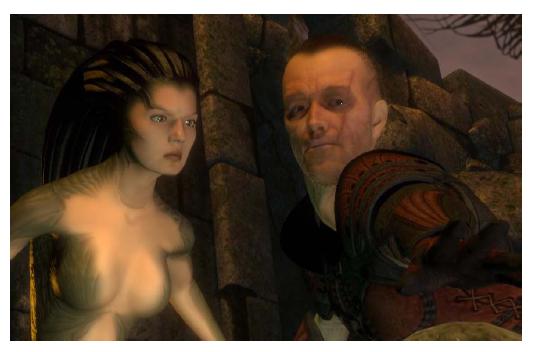 The GT200 is an interesting architecture. This 1.4 Billion transistor beast provides us with a single GPU capable of delivering performance beyond the previous generation's multi GPU solutions. That alone is an impressive feat and should not be ignored. However, other than performance enhancement features and improved power efficiency, there isn't a whole lot of "new" to the GTX 200 series over prior DX 10 Geforce cards. 9800GX2 users are unlikely to run out and replace their cards immediately, unless they are aiming for a 3 way SLI solution for highest level of performance. And, of course, more performance isn't a bad thing. As newer titles come out and start really stressing the current cards, the GTX200 series cards are really going to help keep the frame rates and resolution up.

As we have seen, there are other considerations to look at when looking at an Nvidia card purchase, considerations not limited to the GTX200 series. Nvidia is clamoring hard about the important of PhysX and CUDA, and there are some interesting apps taking advantage of CUDA now. With PhysX its slightly different. While no current games currently support PhysX, there are several upcoming A titles and B titles with PhysX support built in. Nvidia demoed several of these games at editors day. If Nvidia can deliver upon the PhysX promises they are making, gaming on a DX10 Geforce card could become quite interesting in the future.

Nvidia has been making a big deal about the "optimized" PC lately. Stating that you should buy a PC with a good GPU AND good CPU for optimal performance. In this case I have to give a small nod to AMD. While the Phenom isn't delivering the fastest CPU experience, it was more than capable of providing an excellent gaming experience even on a 3 way GTX260 solution. While this may not be the most "Balanced" approach. It does lend some credibility the idea that a decent CPU paired up with powerful graphic cards can provide an excellent gaming solution. While some may question the choice of using a Phenom in this investigation I felt it gave an interesting perspective.