In order to clear potential misconceptions, we'll introduce the HD3300 by stating that the it is simply an overclocked HD3200 (the IGP in the 780G). The overclock, however, is a rather hefty 200MHz, so the bonus in performance should be consistent. In case you were wondering what's under the hood, take a peek: 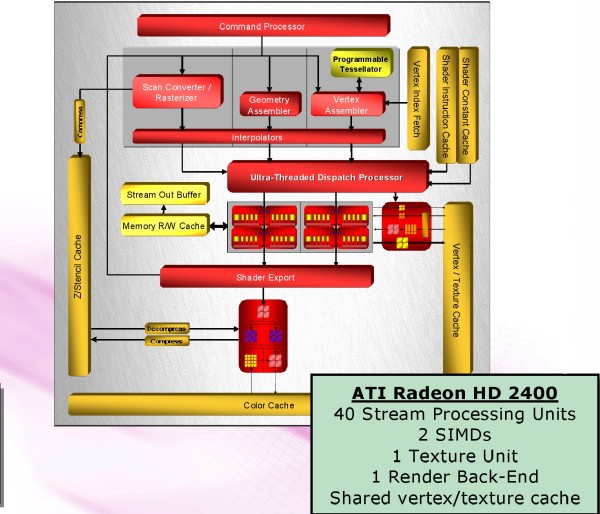 The HD3300 is functionally a carbon copy of the RV610 (HD2400), albeit shrunk to 55nm, so you'll get all of the above goodies packed into your northbridge should you opt for a 790GX based motherboard. Differences appear once we start looking at how memory is dealt with, since an IGP has to rely primarily on system RAM:

As you'll soon see though, the HD3300 doesn't pack enough processing power to be really sensitive to memory access latencies/bandwidth outside of scenarios where low resolutions/quality settings are employed. But before that, let's dissect the second novelty.