Here's a game that in our opinion should be a constant presence in benchmarking suites (much like Jericho and DiRT). Developed by Saber, extra time was given in order to overhaul the engine, and overhaul it they did: SM3.0 support, parallax mapping, shadowmap usage, complex shader effects for simulating water/the ever present rain, depth of field and a few other goodies make Timeshift look quite great, with only the lighting model being somewhat on the weak side and the polygon budget being less than we would've liked.

The testing run consisted of playing through the first part of the level "Arrival", from the point of waking up to the point where the PC (player character) goes up the fire escape. Since the game is tightly scripted, getting consistent results was easier here than in other cases.

"Projected shadows" were unavailable, as it seems they're a Nvidia only feature.

TimeShift doesn't support AA (it's probably a deferred renderer), so only AF settings to tinker with: 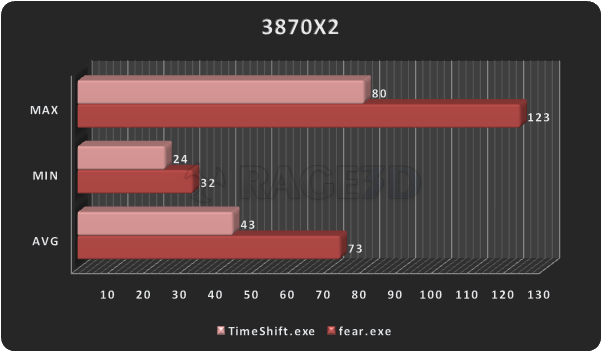 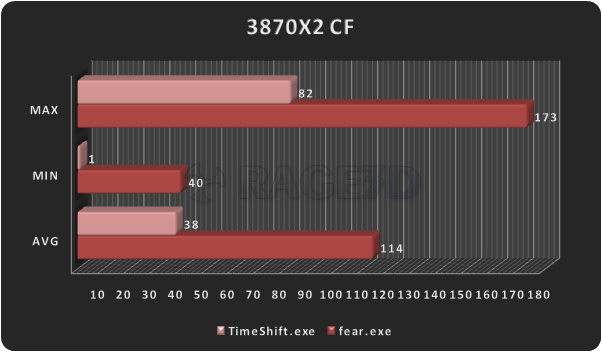 Getting TimeShift to play nice with Crossfire was difficult, as we went through quite a few executable names before finding out that one of the most unlikely ones (F.E.A.R's executable) works great. TimeShift seems to be in the same situation as Jericho under normal conditions, with no Crossfire support whatsoever. The rename also fixed a nasty bug that was apparent when using QuadCF under normal circumstances - a major slowdown occuring at a certain point in the game, when a particularly nasty robot decides to wreak some havok. AF is very cheap, because once Parallax Mapping is enabled few surfaces actually receive AF (Parallax Mapping and AF appear to be mutually exclusive). Scaling to Quad ends up being very good, post-rename: 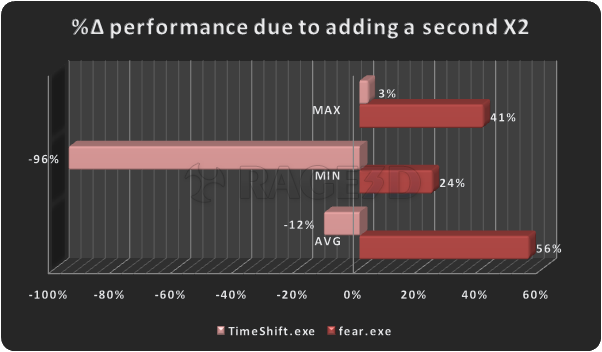