Sapphire
AGP is dead; Long Live AGP! In 1997, Intel created a new expansion path for improving performance of video display. The Accelerated Graphics Port offered a dedicated point-to-point 32-bit 66MHz pathway to the processor and a separate 8-bit sideband addressing method, which allowed the graphics controller to issue instructions to the processor without interrupting the data flow over the main 32-bit bus. Additionally, a direct connection to the system RAM was provided through the Graphics Address Remapping Table (GART). GART gave AGP cards the ability to reapportion system RAM for texture storage, with the amount defined by the AGP aperture size BIOS setting. Three revisions of the specification increased speed and decreased power consumption, before the 2004 introduction of the PCI Express was issued as its replacement.

Why this trip down memory lane? Today we examine the Sapphire HD4650 1Gb card - in AGP form. My first video card was an ATi Rage 128, the successor to the mach64 based Rage series that spawned at least one popular internet community. Over time I have owned various Sapphire cards, from the Radeon 7000 to a 9800SE AIW, so it was some enthusiasm I dug around the cave for an AGP system to give this card the beans. Sapphire is "ATI's largest and best performing partner, worldwide" per Dave Orton, ATI's former CEO. Video board production can reach in excess of 1.8 million units per month, with Sapphire being the major manufacturer for ATI board used by most tier 1 OEM's worldwide. Dude, your Dell? Likely it's Powered by ATI, Fueled by Sapphire. 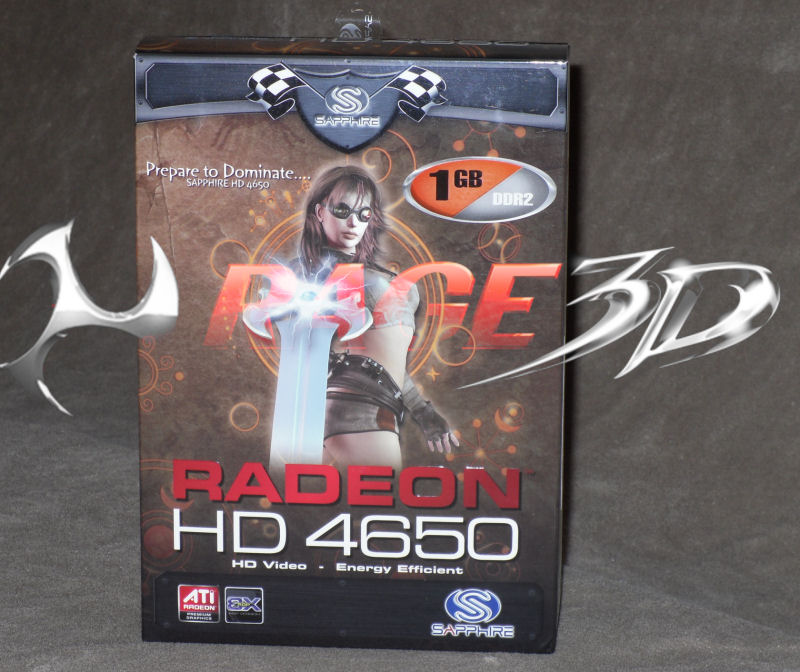 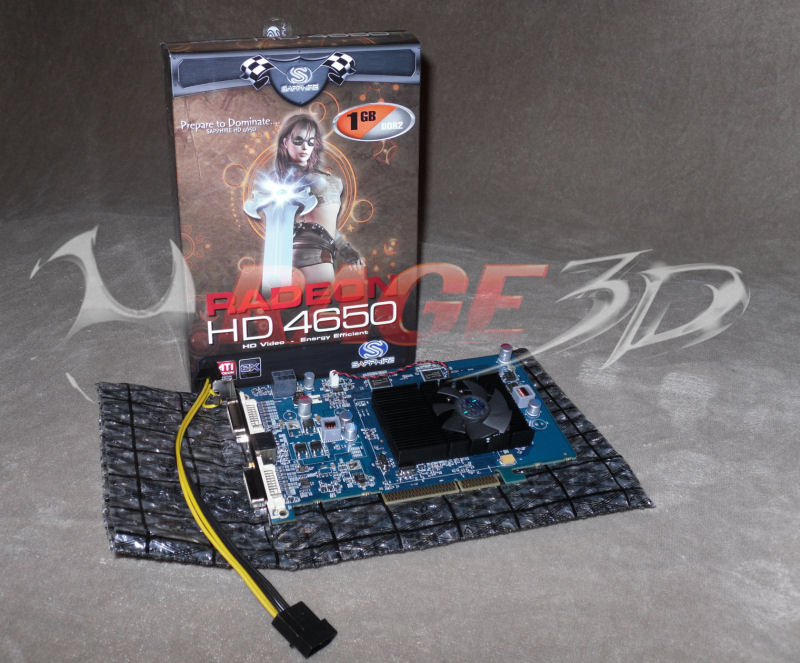 Our test system today consists of ASRock's popular 775Dual-VSTA motherboard, equipped with both DDR and DDR-II memory compatibility and a full AGP x8 slot, adjacent to a PCI express x16 slot. We fitted it with a Core 2 Duo E6600, the stalwart champion of gamers from the Core 2 era. This particular chip has a proud history, having been lapped and clocked within an inch of its life by Rage3D forum member Moshpit. In this application, we kept stock 2.4GHz speeds, and paired it with 2Gb of Crucial DDR2-667 RAM. All this was housed in an Antec P182b case, powered by a Corsair VX-550W power supply. Windows 7 Ultimate 32-bit was used for all tests.

Continue reading as we look at the AGP owners last bastion of modern performance, the Sapphire AGP HD4650 1Gb.